Home  »  Entertainment   »   Will Netflix Truly Be The Future Of Television Programming?
Tweet

Netflix’s rise to streaming dominance in the past few years has been truly stellar, and there are few other companies that can match their reach or catalogue power. For many years, TV networks seemed sure that illegal downloading represented the largest threat to traditional TV programming, but nowadays it is streaming platforms like Netflix which seem to be the future of how we consume television. But what important steps must Netflix take if they truly want to gain dominance in the TV landscape, and will it ever be possible for traditional TV networks to be replaced by a streaming platform? 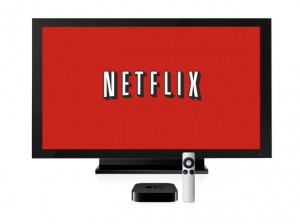 While Netflix might be the biggest fish in the streaming pond, there are certainly other options for consumers and therefore customer retention is one of their most important goals. To ensure customers stay with Netflix (and indeed to lure new customers in), they are required to continually expand their programming and this means purchasing expensive licenses to show studios’ content—their recent deal with Disney to show classic films like Dumbo being a good example. The biggest barrier to the utopian future of Netflix being the model of all TV in a few years time is the fact that, until very recently, they did not create their own programming and therefore still have to pay for these licences.

Netflix’s move into original programming surprised many at first, but industry analysts saw it as a natural move. As noted above, Netflix’s current business model involves paying rather large amounts of money for the rights to show a certain TV programme for a set period of time. By creating their own TV shows, Netflix would be outlaying a large amount of money to begin with but would not face these recurring licensing costs later on—meaning they can more easily control the profit. House of Cards, their first original programme, was a critical and commercial success. It remains to be seen however if Netflix can continue their run of luck with original programming when they air a new Netflix season of the formerly network TV show Arrested Development later in the spring. Netflix’s current main competitor is cable networks, with Ted Sarandos declaring “The goal is to become HBO faster than HBO can become us.” Netflix needs to produce content on level with cable hits like “Game of Thrones” and “Homeland” if they wish to prosper.

Netflix has been able to multiply in a way no other streaming service has so far achieved because they have placed so much emphasis on being multiplatform. Netflix is mainly accessible via their website, but they have apps available for iOS and Android and are also accessible through gaming consoles, digital TVs and the set-top box Roku. Netflix is available anywhere that there is an internet connection, and the likelihood is that most households have at least one device capable of playing Netflix. Easy and free to set-up, Netflix is providing a real challenge to cable companies whose services are more expensive and more complicated to install.

Netflix is of course completely reliant on the internet, so therefore it has a vital stake in ensuring that internet access for all is cheap, fast and streaming-friendly. Netflix is responsible for an incredible 33% of all US internet traffic according to tech company Sandvine, and almost by accident they have become the single largest proponent of high-speed internet and of encouraging network providers to invest in infrastructure which will allow for further advances in the speed and quality of the wireless internet service. This is all vital for their future.

So can Netflix really do it?

As mentioned earlier, at the moment Netflix needs to lure cable networks viewers over to its service as the first step towards truly competing with network TV. Whether one day they will have the money and power to compete with giants like CBS, NBC, ABC and Fox is unknown, but that their current trajectory one cannot doubt the possibility of them achieving that goal.

View all posts by: KateSimmons