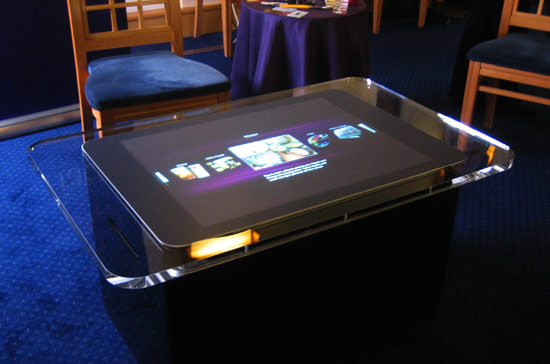 Earlier this year, Microsoft unveiled its Surface tabletop PC, and now Redmond is taking the technology demonstration on the road. Recently, it stopped off in London, where News.com sister site Silicon.com had a chance to take a closer look.

The Surface system, also known by the Milan code name, uses a 30-inch screen, several cameras, a PC running the Vista operating system and a projector to create an interactive, touch-sensitive environment that reacts to objects coming into contact with its flat surface. 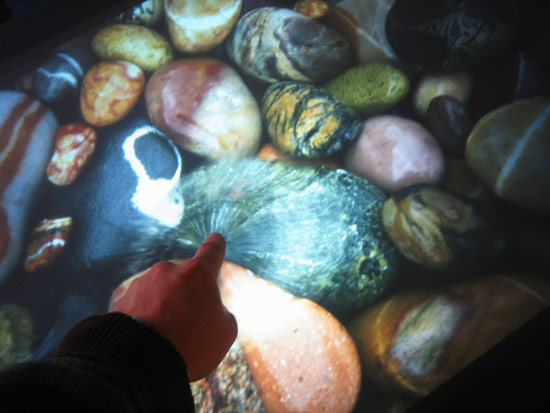 This application shows an image of the bed of a stream. When you place a finger on the screen, it reacts as if you have disturbed the water above the pebbles. The Surface device currently costs between $5,000 and $10,000, but Microsoft hopes it will be in homes in around three to five years. 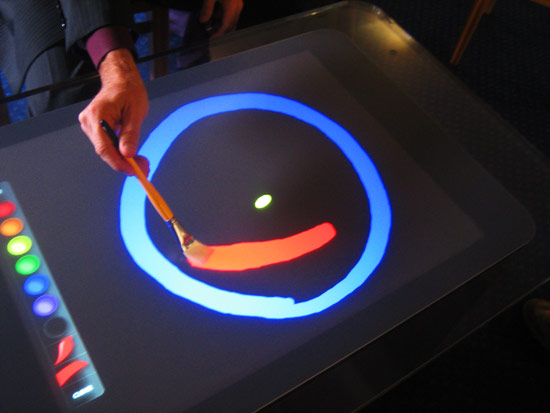 Here the humble paint application is shown–with a real paint brush being used to draw a face on the Surface table. Mark Bolger, director of marketing for Microsoft Surface Computing, said: “We’re redefining the way people interact with digital content. What we want to do is make technology more accessible.” 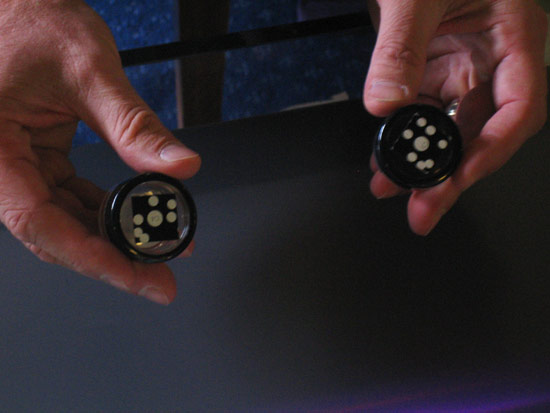 These are domino tags. They can be placed on top of the Surface device, which then recognizes commands from the pattern of eight dots. The tags can be used on a variety of objects, and different commands can be programmed into the Surface system. Microsoft is developing domino tags with 90 dots to increase the number of options. 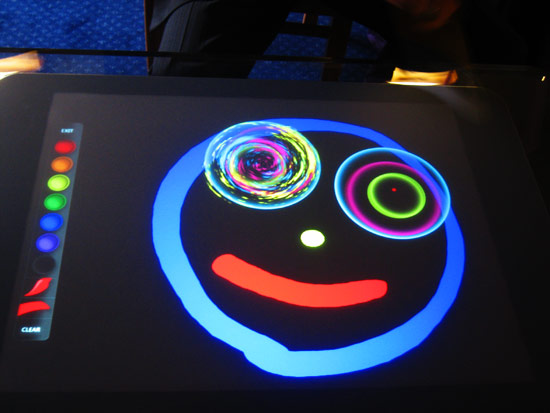 The domino tags have been placed on the face drawn in the paint program, prompting the computer to display these strange patterns around the tabs to create the eyes. Surface is also compatible with Wi-Fi and Bluetooth, so it will be able to react in a similar way to mobile phone commands and RFID chips. 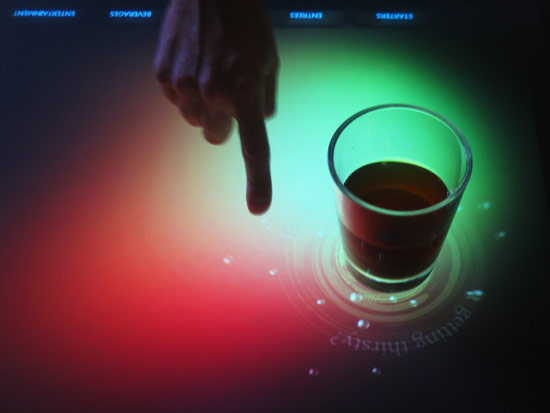 This demo shows how Surface could be used in a restaurant or bar environment. The glass has a domino tag on the bottom that sends information about the drink and potentially how and where it’s made. It could even be used to order another drink.

Microsoft plans to launch this Surface concierge application in the U.S. at the end of this year or in early 2008 with Starwood Hotels and Resorts and with Harrah’s Entertainment, which owns the Caesars Palace casino in Las Vegas.

The same application can be used to pay for food or drink at the end of the night. Here a credit card (left) with a domino tag fitted is being used to pay the bill, which is stored on the card on the right. To pay, the customer simply drags the bill onto the credit card. 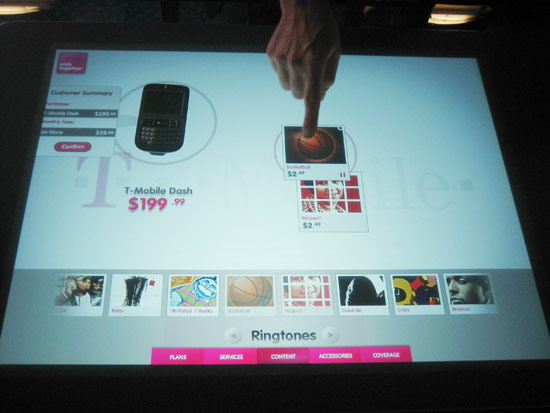 This picture shows an application developed for T-Mobile. The company plans to use Surface in some of its U.S. stores toward the end of the year. A mobile phone with a domino tag (left) is placed on the Surface top and the relevant information for the handset is brought up. The customer can then select from the different talk plans at the bottom and drag them onto the phone to get an idea of pricing and so on. Here, the user is selecting ringtones and dragging them to the phone. 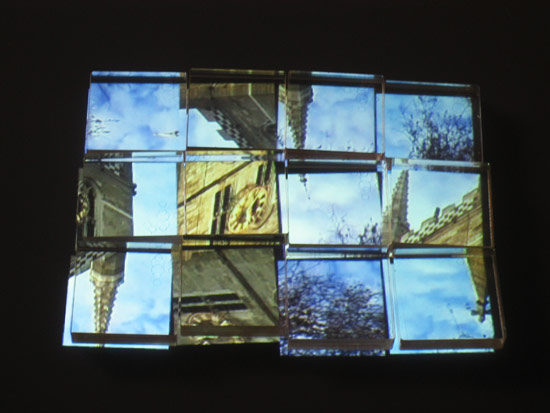 This is a puzzle application in which each domino-tagged tile has a different part of a video image showing scenes from London. The tiles can be arranged to create the complete picture. Microsoft is aiming to provide similar applications for use in people’s homes and also is working with IGT, which makes computer arcade games.