Finding the best sounding home theater system is a chief requirement for most people. Today’s systems are designed to provide a realistic theater experience at home. A range of choices are available, and most homeowners choose between a 5.1 and a 7.1 surround sound system. The cost of a system and the number of speakers are two considerations. The major difference between a 5.1 and a 7.1 surround sound system is the amount of speakers that are used. Both options offer a rich experience, and each individual system works better in certain circumstances. 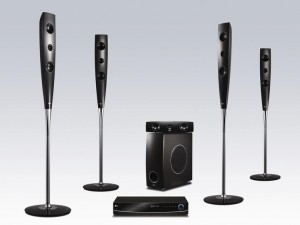 A 5.1 surround sound system makes use of five channels and a single subwoofer. A speaker is used for each of the five channels. This means that there are five speakers and a subwoofer. Usually, there is a center speaker that is placed near the television. There are also two side speakers on each side and two right and left side surround sound speakers. For smaller rooms, 5.1 surround sound home theater systems are ideal since the sound does not travel far. Because the 5.1 system was the industry standard for many years, it was the primary encoding method used on most DVDs. Because the 5.1 coding is standard, most DVDs are compatible with the system.

The major difference in between the 7.1 and 5.1 system is that a 7.1 surround sound uses two speakers that are placed in the rear of the room. The 7.1 system has the same five speakers and a single subwoofer as a 5.1 model, but there are two more speakers that are placed behind the viewers. The rear speakers add another layer to the sound and are usually used for added effects. For this reason, the 7.1 systems are ideal for large rooms that allow sound to travel. Viewers are completely immersed in the surround sound experience and have speakers on all sides plus the two added ones in the rear. 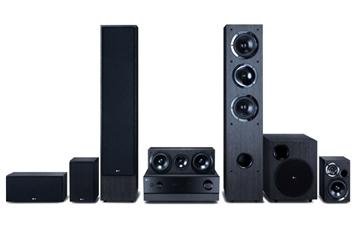 As the demand for superior home theater systems increases, many DVD manufacturers have added increased storage space to their Blu Ray discs. This additional storage space accommodates the two rear speakers in a 7.1 system. If you have a large living room and want a true theater experience, then the 7.1 system is ideal. Two rear speakers are placed behind the viewers and provide an added dimension to your movies. If your living room is small and you think seven speakers are a bit much, then the 5.1 system may be better for your theater. The 5.1 systems are still a great way to enjoy a realistic home theater experience.