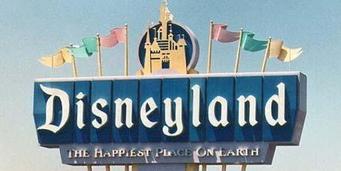 Toy story Midway Manis is the first phase of billion dollar investment by Disney land to bring in chain of amusement park along the Disney Land which will be coupled with 3-D gaming experience and ultra modern technologies.

Today’s house of the future

Disneyland has opened up the Innovations Dream home in the Tomorrowland Area. It is a mixed blend of technology, fantasy and, marketing by Disney and its partner Microsoft, HP and home automater Life/Ware and Taylor Morrison.

Built with an investment of $15 million in 5000 square foot housed, this is the latest avatar of Disney Staple of 1950s and 1960s. The house features innovative technologies which are not found in market for sale. The giant Microwave oven and television that hung on the one wall showcases how will be the future of our home and devices used in it.

Disney’s new house also showcases future technologies that are being built by Microsoft like Surface table computer and touch screen PCs. Each company paid Disney heavily to participate in the Disney’s Future Home for next five years.

According to Jonathan Cluts, director of strategic prototyping for Microsoft, The future home of Disneyland is not that future anymore. Anyone can go and purchase 80% of its item in the market and remaining are on their way to development. so, within next 4-5 years most items displayed in the Tomorrowland will be available for sale in the market and anyone with money in hand can invest in these items and built their own future Home.

Visitors in Disneyland can now play long with Elias family actors alongside mingling with Microsoft’s Surface computers and can even experience touch screen HP computers while working in its kitchen and home office. These all products have a sense of innovative technology and with aggressive production from their manufactures you can see them within your home in next few years.