There is only one name that comes in our minds when we think about phablet and that is Samsung. Phablets are getting popular today and these are the intermediate sized gadgets between tablets and Smartphone thus naming phablets. Samsung Galaxy Note is the one best phablets, which are available in the market. Sony phablets are second in the race. Rumors of the Samsung Galaxy Note 4 are already on its peaks.  The Korean company is the one that is having something for everyone. And when it comes to phablets the company has offered a mid range phablet to its customers. Galaxy Grand first appeared in the market in 2013 and there were mid range hardware included according to its price range.

There are 3 gadgets in the Grand series Grand 2, Grand Neo and Grand. Neo was the much more affordable version. And now there are rumors regarding the upcoming device Galaxy Grand 3. 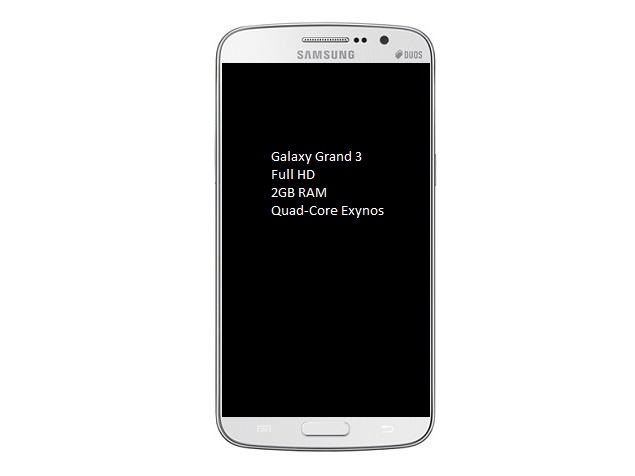 Release Date of the Next Samsung Grand 3

Samsung launched its first device of its Grand series in 2012 and but it appeared on market shelves in the month of January 2013.  The next Grand 2 was released in November but made its entry little late in January. The expected date was December last year. Grand neo made its way in 2014 in the month of February. In terms of specification Grand two is still rocking and the specifications of the Grand 3 are also expected to be similar.

Specification of the Next Series

These specifications are not that impressive because people look for high end phones at affordable prices. This is also the reason why Google launches Smartphone every year and they sell like hot cakes. Grand 2 was a pretty good device with average features, was appreciated by the customers. It emerged as a very good device. About Grand 3 there is not much information available. If the above-mentioned specifications are true and if Samsung will keep the price affordable then there are chances of success of this Smartphone in the market.

There are plenty of things which you cannot expect from Galaxy Grand 3 such as 2K display, AMOLED display this will really be unfair if you expect something at such price range. It is going to be a good phablet and might give competition to the others like Sony is in the list to launch a new phablet this year.