On July 11, 2013, Nokia unveiled the successor to its groundbreaking 808 PureView smartphone. The 808 was the first smartphone to feature Nokia’s PureView imaging technology. The new phone, revealed at a company event in New York, was called the Nokia Lumia 1020.

Although it ditches the PureView name, the Lumia 1020 retains Nokia’s innovative and, in this case, defining feature. PureView combines a 1/1.5-inch imaging sensor which is much larger than the ones found on several other smartphones with Carl Zeiss optics. The mere size of the Lumia’s sensor enables pixel oversampling which involves squeezing several sensor pixels into a single image pixel. This means that full resolution is condensed into a lower-resolution picture, thus increasing image sharpness and low light performance. PureView also provides higher zoom levels manifested in the form of a 4x lossless digital zoom.

Nokia packages this technology with the phone’s primary, rear-facing camera. Rated at 41 megapixels, it is the best smartphone camera in this regard as of 2013. Currently, no other smartphone in the market has a digital camera this advanced.

Thirty-eight of the 41 megapixels in the Lumia 1020 camera are rated effective. Even at that percentage it can still produce images with an enviable resolution level of 7,152 by 5,368 pixels. The primary camera can also record full 1,080-pixel HD video at 30 frames per second. Other features of this component include Xenon and LED flash, geo-tagging, face detection, and optical image stabilization. Not to be left out is the secondary, front-facing 1.2-megapixel camera, which can also record HD video at 30fps albeit with a lower 720-pixel resolution. 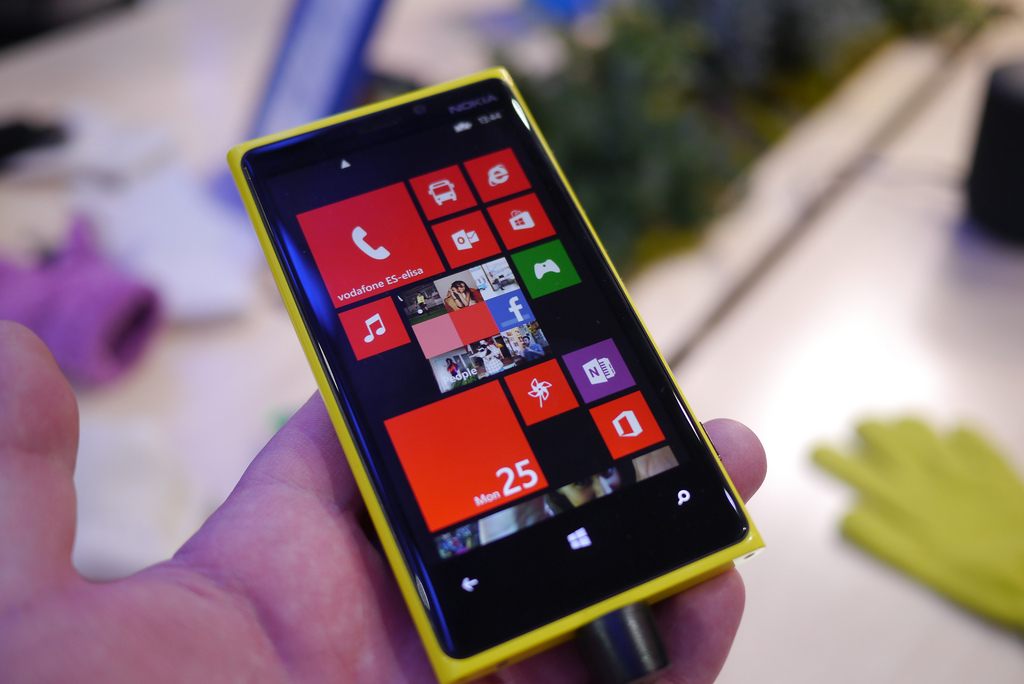 Shipped with the Lumia 1020 is Pro Camera. Nokia’s new application, Pro Camera, is an attempt to put professional camera settings at the disposal of the average smartphone user. With this application, you can adjust camera settings that include shutter speed, white balance, and exposure level. This enables greater control of the digital camera on the Lumia 1020 than that of other smartphones. Pro Camera can be activated by pressing the camera button, thus setting it as the default imaging app.

Although advanced imaging technology is the hallmark of the Nokia Lumia 1020, it is by no means the only notable feature. Running on Microsoft Windows Phone 8—the mobile version of the Windows 8 operating system—the phone weighs about 5.6 ounces. Using the bar form factor, it measures 5.13 inches in length, 2.81 inches in width and 0.41 inches in depth. A tough Gorilla Glass 3 panel protects its Super AMOLED touchscreen, which measures 4.5 inches diagonally and provides a 768 by 1,280-pixel display. The touchscreen has multi-touch capacity, thus granting the user multiple points of contact.

As a 4G smartphone, the Lumia 1020 operates within five frequency bands under the LTE communication standard. Wireless capability or protocol includes Wi-Fi 802.11 a/b/g/n set of standards, DLNA, Wi-Fi hotspot, and Bluetooth 3.0 technology. Memory is set at 2GB, and for storage, the phone comes with 32GB or 64GB of internal flash memory. Although it does not have a card slot for expansion, the flash memory is more than enough to accommodate several songs, video clips, or apps. Also sufficient is the phone’s 2,000-mAh lithium-ion battery, which provides up to 19 hours of talk time and about 25 days of standby time.