As a regular guest writer for .Net Jobs from Cititec I’ve often wondered how our digital world became so inter-weaved in to the fantastic World Wide Web and computer technology we use daily. Technology is amazing, if not mind blowing, so who do we have to thank for the futuristic world we live in? I’ve managed to whittle the congratulations down to ‘the big three in I.T’; I imagine there is many more players however I feel these three deserve a special mention. 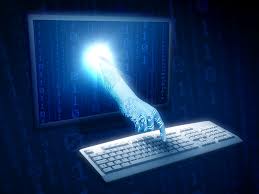 In no particular order…

Bill Gates is best known as the Chairman of Microsoft, ‘the world’s largest personal-computer software company’. The Microsoft Empire started back in 1975 when Bill Gates and his then partner Paul Allen decided to develop a ‘BASIC’ (for use on a standard, non-maths, non-science) computer system. After originally developing the operating system for Micro Instrumentation and Telemetry Systems (MITS) and then distributing the software free of charge, amongst computer hobbyist, Gates and Allen decide to part ways with MITS. Following their departure, Gates and Allen wrote the first BASIC software programme for use on IBMs PC; this was the first operating system on a personal computer and was known as 86-DOS. After this Microsoft launched its own retail version of ‘Microsoft Windows’ in November, 1985 and the rest as they say, is history. Windows still to this day shares the largest share in personal computer operating systems.

Tim BL started his career after graduating from university, helping to create software for printers, after then moving on to an independent contractor at CERN. Here he proposed a project, to enable the sharing and updating of information between researchers. His few years after CERN working for John Poole’s Image Computer Systems Ltd allowed for Tim BL to gain experience in computer networking, following this Tim returned to CERN and “I just had to take the hypertext idea and connect it to the Transmission Control Protocol and domain name system ideas and – ta-da! – the World Wide Web”, this was in the year of 1989. Tim BL was knighted by Queen Elizabeth II in 2004 for his works; to this day he is still director of the World Wide Web Consortium (W3C), overseeing the development of the Web’s development.

Larry Page and Sergey Brin met at Stanford University where they were both studying for a Ph.D. in computer science, it was here they became friends. Page who was originally looking for a consideration for his dissertation theme was encouraged by his supervisor to look further into an idea of the mathematical properties of the World Wide Web. The research project, which looked in to the relationship between links and back links of the internet web pages, was later joined by Brin and together they set about to create a tool to crawl the then 10,000 webpages and create citations to ultimately create a searchable database for users. The search tool was originally launched on the Stanford website in 1996 and in 1998 Google Inc. was founded. Google’s motto is “of making the world’s information ‘universally accessible and useful’”.

I think you’ll agree that our world would be very different without the ‘big three in I.T.’. If you’re looking to make a difference in the world of I.T. then get searching for I.T. jobs via cititec.com.

View all posts by: IlenaSanchez