Now one can find a lot of social networking website. Therefore, they are also trying their best to equip themselves with new apps what will be linked by their users. Recently Twitter has been using an app which is called vine. Vine adds a video loop the period of time is 6 seconds. However, the use of this sort of apps is quite new and the twitter users will line it also.

On last Thursday they got attached with twitter but some problems have already taken place with twitter. The users who are logging in through Vine, they are finally reaching the account of another person. Now as it was a problem of loading an exact page, that is why they can not post the Vine videos on another person’s account.

The more critical problem is that the person will be able to see the contact details of another person as they were logging into the account of that person. Therefore, the problem of security will also be associated with it. Now, when you will reload the page the problem will not be there any more.

Now, this problem became quite bigger and as a result of this problem, Vine was compelled to get separated from social networking sites like Facebook and Twitter. At that time they investigated about the matter. They restored the new service again and after that the problem was resolved. Now it is absolutely safe for the twitter users to log in through the vine and add video loops when they are making any new tweet. 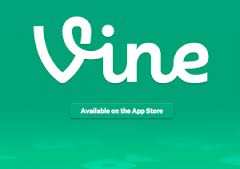 Now, if now vine works properly, people will like it for sure. They can capture the picture of their pet dog and they will be able to share those with their friends and relatives. Now, there is still a question that whether this app has any marketing value or not because it is only a six seconds video. However, still it is getting more popular because it is a new kind of fun for the twitter users as they are getting a completely new experience. It is also true that this app can help you to do marketing in a different way for your business.

You can use this small video to show the logo of your company. Therefore, this video loop can be used for the marketing purpose is well. However, the best thing you can do with this app is that you can show the personality of your company through these videos.

You can capture various sweet moments of your office in this six second video and then you can share it with others. Thus you will be able to show others the work environment of your office. This will no doubt be a very good method of doing the marketing of your business.

As a whole, it can be said that vine can be a very popular tool if any other critical problem is generated in the tool likewise it has appeared before. Video sharing experience is undoubtedly quite special for the twitter users.