Smartphones are getting more and more equipped with the latest technologies and day by day it is becoming a control panel and a command center from a computing and communications device. With the help of new technologies they are becoming better than the PCs. 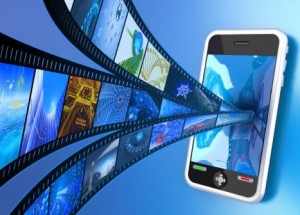 Well, in a show of Consumer Electronics new Smartphones have been shown which has the technology to control washing machine, ovens and other appliances. They can control the toy cars and helicopters which are run by remote control. They can also monitor the security cameras.

Those can help to play videos in the televisions. With the assistance of new technologies this new Smartphones can collect pictures from the digital camera and can share them online. There will be no need of any plug to be added which you need to do to upload a picture from the camera to your PC.

Because of the new installed technologies these devices have become able to do a lot of things which those were not able to do some years ago. Smartphones could have provided you a lot of entertainment but now it can control other devices also which is incredible. Well, these devices have gone so further that even the traditional PCs are now lagging behind.

Samsung is developing a technology by the help of which the users will be able to capture a picture and upload it automatically in the Smartphones. They will only need the help of Wi-Fi to do so.

The technology which is now used in Smartphones are so improved that it has now become a lot better than the traditional PCs also. Now the most amazing thing is that the Smartphones are becoming able to control some things with the improved technology like locating your door is closed or not which was not at all possible by a desktop before.

They are becoming such a device which will have control over other devices at your home. Therefore, you will not need to have any separate remote controls to monitor them. With such developed technologies there is always a chance that the Smartphones will become more popular than the laptops in the near future.