When most people think about printers, they think about the printers attached to their computers. In their minds, high quality printers simply print out photograph quality prints. Or they think about T-shirt printers, which print designs out onto clothing such as T-shirts. But what about 3d printers? You would be forgiven if you thought that a 3D printer meant that it printed faux-3D. The kind of 3D in which you have to shift the paper at different angles to see two different images combine into one, faking a 3-dimensional aspect. But believe it or not, there are 3D printers that print actuall 3D objects, and they are currently being revolutionized in Israel. 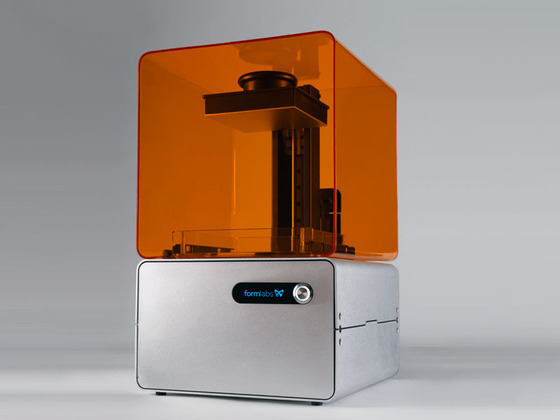 According to the director of the Reut Institute, Gidi Grinstein, 3D printers will eventually be found all across Israel, in both cities and towns. The country’s first open-source 3D printer lab can be found in the basement of Tel Aviv’s center. It is currently being used by groups of high school students, who have been using it to design and produce a number of objects. The 3D printer uses highly sophisticated computer programming, while the objects printed are made using a strong plastic-like substance made from cornstarch. What does this actually mean? It means that you can design something on the computer and then simply print it out. Because it’s open-source, the design of the 3D printer, the computer code and everything else that is needed in order to build as well as run the printer are all available to the public on the Internet for free.
The Reut Institute is an organization dedicated to shaping the future of Israel’s society. It was established in 2004 by Grinstein among others. The institute works closely with the Israeli government in order to produce studies and papers on issues as varied as the prices of consumer goods to Diaspora’s role in the modern Jewish life. Their goal is to make Israel one of the 15 most equitable, livable and prosperous societies in the world. An important factor in attaining that goal is the access and availability of technology such as the 3D printer to citizens so that they can learn the valuable skills necessary to further that goal.

Israel is known for being one of the world’s leaders in 3D printing technology due to the success of Objet, a company known for 3D innovation. However, their focus is on highly sophisticated manufacturing scenarios, whereas the Reut Institute is focusing on education and development of skills amongst the general population. Objet’s 3D printers have been able to print key chains, bottle openers and other smaller but sophisticated items, and they are aiming at one day being able to produce large-scale objects such as cars and planes.

3D printing is on the brink of a new technological revolution. Imagine 3D print shops where you can simply go in and order a custom tshirts. Or being able to create a floor plan and then printing out a house! Although the technology isn’t quite there yet, the Reut Institute is at the forefront, and their commitment to educating students about the technology is an important step towards furthering their goal of making Israel one of the top 15 societies in the world.