Home  »  Mobile   »   Is A High-End Chinese Smartphone Worth The Risk?
Tweet 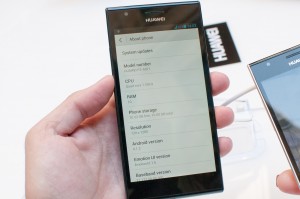 With the advent of SIM-only deals, you can now source your smartphone from anywhere in the world. Chinese manufacturers have pounced on this opportunity to outsell some well-known UK phones such as the Samsung Galaxy S4, Sony Xperia Z and the LG Nexus 4. This article considers some of the high end Chinese-made smartphones now available in the UK such as the OPPO Find 5 and the Huawei Ascend P2 and how they compare to their more widespread alternatives.

The OPPO Find 5 has garnered rave reviews from China, and with good reason. It features a five inch 1920x1080p screen with full HD capabilities, easily comparable to its more common counterparts, such as the Samsung Galaxy S4 or the Sony Xperia Z. The OPPO Find 5 also has a quad core processor like the LG Nexus 4 and two gigabytes of RAM with thirty-two gigabytes of internal storage. It is sleek and powerful. The OPPO Find 5 outperforms many of its counterparts. One of the features that truly sets it apart is its 13 megapixel camera that can take up to one hundred photos in five seconds. It is a truly impressive device that is now available in the UK thanks to SIM-only deals.

The Huawei Ascend P2 has taken the lead as one of the fastest smartphones in the world. Simply put, there is little as powerful as the Huawei Ascend P2. With a 1.5 gigahertz processor, one gigabyte of RAM, and sixteen gigabytes of internal storage, you will be able to download all of your favourite apps, surf the net, and watch videos on the 1280×720 HD screen with all the ease of its brand name counterparts. The Huawei Ascend P2 is extremely slim and lightweight and its minimalist design lends beauty and simplicity to all that advanced handheld technology. The new model from Huawei supplants the Ascend P1 and the Ascend D Quad, which, at the time, were the most powerful phones on the market. The new Ascend P2 is even more powerful than those phones, with a sleeker design and is considerably more user friendly.  While the screen isn’t the latest full HD technology, with fewer pixels to push, the Ascend P2 should feel more responsive and it’s battery last longer.

The Future of Smartphone Technology?

The Huawei Ascend P2 and the OPPO Find 5 are fine examples of how high-end Chinese-made phones are able to compete with Samsung’s Galaxy S4, Sony’s Xperia Z and others in the UK market. These Chinese brands are shaking off the budget label they once had and are exploding onto the scene of powerful smartphones that are built to last. You can now take advantage of these SIM only deals and use some of the most powerful, yet significantly less expensive, smartphones in the world. What was once considered a risk is beginning to outclass its big brand counterparts. Just a year ago, many of these phones were unavailable, but with each passing month, new Chinese-made smartphones are seeping into the market and are proving to be real contenders for the phones you already know. Jump in to this new smartphone revolution with a SIM-only deal.

View all posts by: EditorOne